Spirit of Okinawa: Asobi ni Iku yo! and Ryukyuan Folklore 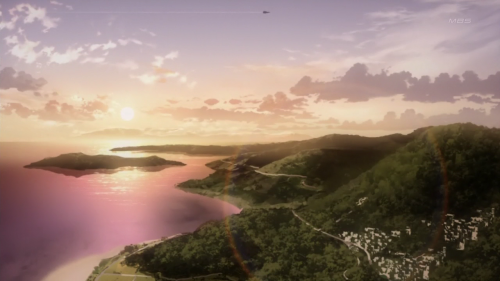 How familiar is the modern foreign anime fan with Japan as a place? From the bustling streets of the mecca of moé, Akihabara, to the temples of historical Kyoto, some parts of Japan are well-trodden backdrops. Watch enough anime, and a viewer will have no trouble recognizing the sight of… well, the Tokyo Big Sight, or the familiar red torii that mark the entrances of shrines across Japan. However, there are many parts of Japan that fall into the fringe, and subsequently get little coverage in popular media.

For example, there’s Okinawa: a prefecture to the south of Fukuoka made up of hundreds of tiny islands. Historically a part of the Ryukyu Kingdom, it wasn’t even considered a part of Japan until the 19th century. Many factors, including Okinawa’s location and the Ryukyuan influence on its culture and dialect, make Okinawan life a far cry from what most people would consider quintessentially “Japanese.”  This means, unfortunately, that you won’t find reference to Okinawan culture in most anime.

Well, there's this show, but I'm pretty sure I'm one of five people outside of the Okinawa area who actually watched this.

This is where Asobi ni Iku yo! (Cat Planet Cuties) comes in. Although it’s easy to see the Western references, it’s also a show with a very strong Okinawan flavor. From local dishes to A&W restaurants (which don’t exist in Japan outside of Okinawa and American military bases), Asobi rewards the keen viewer with many insights into life on this island. Some references to Okinawan culture, however, are a bit less obvious… 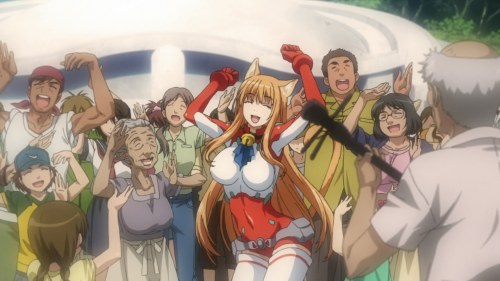 "I watched this show for its fascinating look into Okinawan culture"

Take the assistaroids, who act as robotic helpers for menial tasks and serve as comedic relief. Curiously enough, none of the humans in the series seem to be very surprised to see these brightly colored robots walking about. Of course, this is a show in which a lot of suspension of disbelief is asked of the viewer, but there’s another, more satisfying explanation.

Enter the kijimuna: this legendary creature is exclusive to Ryukyuan folklore, and is said to inhabit particularly old trees. These mischievous spirits are usually described as resembling small boys, with a mop of wild, red hair.

Well, they look much less like those awful troll dolls than the kijimuna usually do, but...

I don’t think it’s too much of a stretch to say that the assistaroids are influenced by the legend of the kijimuna. After all, the kijimuna are a familiar icon to this day in Okinawa, adorning signs and even having an annual children’s festival named after them. With the assistaroids, Asobi ni Iku yo! cleverly marries local mythology with modern character design, giving new life to these traditional creatures of whimsy and in turn illuminating today’s audience to a part of Okinawa’s rich history.

And much like with legends of “hidden folk” in Iceland, there are those in Okinawa even today who believe that the pure of heart, if they happen to look at the right place at the right time, might just happen upon something… magical.

23 responses to “Spirit of Okinawa: Asobi ni Iku yo! and Ryukyuan Folklore”