xxxHolic and Duping the Audience 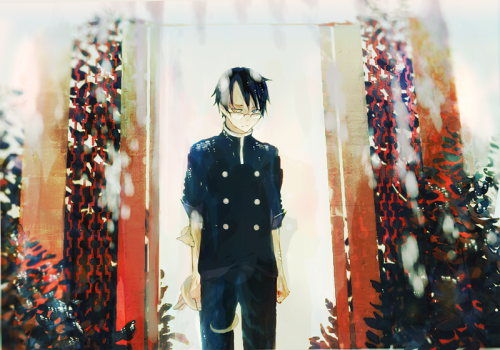 xxxHolic is a difficult series. The manga has a convoluted continuity tied up in several different franchises. The anime adaptation is easier to follow, but has its own hurdles with the extremely stylized designs animated on a modest budget. Truth told, I procrastinated on this series when I’d seen the roughness of the animation coupled with the relatively comedic tone of the first few minutes of the first episode. It wore through slapstick and familiar Japanese comedy routines, setting up certain expectations as I watched. I let my preconceptions doubt the story. I was wrong.

Watanuki Kimihiro is a high school student who can see spirits. He’s rather unique in this ability, and his choleric nature sees that he always comically overreacts to being pestered and affected by these beings. But this is a feint. Much like how sweetness can accentuate the comedic, the comedic does wonders to augment the melancholic.

In Episode Three, Watanuki is paired up with his classmate, Doumeki Shizuka, to investigate some paranormal occurrences related to students using the Japanese equivalent of a Ouija board at their school. All throughout the episode the two argue and bicker back and forth, with Watanuki berating Doumeki whenever possible because he views him as an annoying rival of sorts. As the two tromp around the hallways at night, they discover several students on the roof in the throes of a spiritual séance gone awry. This is where the characterization of the relationship between the two schoolboys becomes important. The bickering and name-calling sets up the audience to see their interactions as somewhat disposable in the context of the mysterious atmosphere that developed during the scene.

That is, until a single line by Doumeki upends all of the context that was given to us. A single line transforms mystery into danger and malevolence. A single line causes us to question Watanuki’s perspective, rendering his viewpoint unreliable through no fault of his own.

“What have you been doing, Watanuki?” 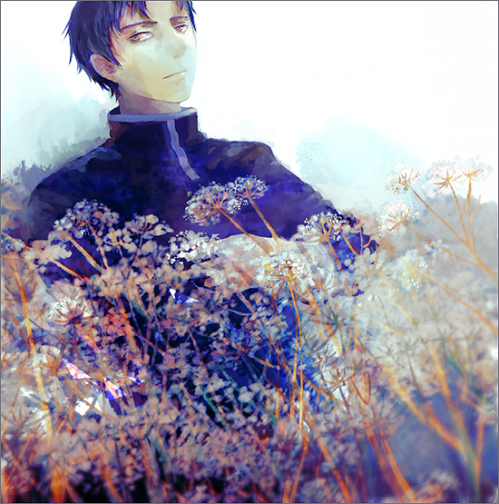 That isn’t the first time that comedy is used to distract and deflect away from the sobriety of the text. In the first episode, Watanuki is sent on an errand for his new patron, all the while arguing and bickering with the series mascot, Mokona. Their interactions were also played up for comedy, as was the majority of the episode where Watanuki had to fend off spirits that were attracted to him.

As Watanuki walks down the street continuing his duties, he overhears the conversation of a group of high school girls. One of them starts describing the difficult life she’s led, being aware of and constantly dogged by spirits. She complains of pain, pressure, fatigue, headaches, and wins the concern and adoration of her following. Watanuki follows them, and after a brief outburst by the main girl he moves in to reassure her.

“It will be okay. There’s nothing bad possessing you.”

This is where Watanuki first betrays a startling naïveté, believing truly that his words would bring her succor. Instead, he invites her derision and condescension as she plaintively spoke of the ignorant bliss of the spiritually unaware. The irony of the moment runs deep, as Watanuki stands nonplussed at the notion of someone feigning possession by an evil spirit for the entertainment of her friends, as opposed to he himself who actually was.

This teenaged girl invited that which she played at. Pretending at ills, faking hysteria, only to be taken in a moment by an actual spirit. As the music fades, the girl becomes pallid, feebler, quieter, slower, walking away unaware of the new burden that drains her life. Watanuki looks on helplessly, wondering why she wished this upon herself while not knowing of the ramifications. The girl walks away, never to be seen again, ruining the rest her life in a moment of pretension.

The comedy of the first half of this episode is now a distant memory. The slapstick of seeing Watanuki flail about on the street trying to shake off unseen entities to our amusement has been superseded by the melancholy of witnessing a young girl die slowly before our eyes. The expectations set up by the ease of our laughter are subverted by the realities of the world that these characters inhabit. The relative mirth of the opening scenes contrasts with the solemnity of its resolution, sharpening the edge of any laughter to be had henceforth. And through the thickest irony of this pretentious girl lecturing Watanuki on his presumptuousness, we are simultaneously chastised as an audience for the assumptions and preconceptions we make, and the expectations we bring.

The first of many times in the series that we’ll be taken to task for this.

13 responses to “xxxHolic and Duping the Audience”