Horizon on the Middle of Something Big 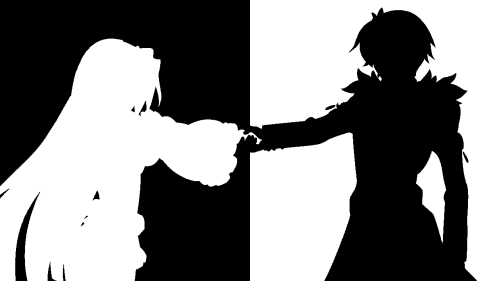 And just like that, in walked trouble. “Vuc, I need a favor.”

Day is not the type of dame one can refuse so easily. She’s more of a self-contained force of nature barreling down wherever she pleases. Knowing this, I set my rather significant textbook down and try to proceed as cautiously as possible. “I don’t know if I can help you, but I can sure listen to you.”

“Something’s happening. I can’t go into details, but I need you to tail someone for me.”

I didn’t like the sound of that at all.

“The thing is, I came across a tidbit and I need you to help me out. I had a few others on this, but honestly they weren’t able to make any sense out of it. You see this girl, Horizon? She’s in the middle of something big.”

“So what do you even want me to do? How can I possibly get close to her? This all seems very fly-by-night to me.”

“Don’t worry about that. When have I ever let you down? I had a talk with some of the Kobolds in England where Horizon’s crew is headed, and I learned that they’ve been contracted to build a bathhouse for them. Now, the Kobolds tell me that they’ve worked with cats before, so you should have no problem getting at Horizon through them. How’s that? Let me know what you can dig up.”

And just like that, she stormed off. Day never was the kind of lady I could refuse that easily, and no matter how carefully I’d try to navigate her she tends to have her way in the end. So with a few terse words, and some casually declarative statements, I found myself on a ship to England.

Working with the Kobolds wasn’t all too difficult. They were stern and exacting, but not unreasonable. The real difficulty lay in installing a few cameras and microphones without the boss catching wise. This won’t go down as the most savory thing I’ve done, but if my avenue in to this crew is going to be this bathhouse, then by god I better cover it as well.

After several days of prepping the house and completing it without my being found out, I followed the boss to where Horizon’s entourage was waiting. Everyone seemed to set up camp by the shore and the smell of various grilled meats carried further than the sound of the surf. When we arrived, I saw the boss take payment from the most conspicuously dressed ninja in a bright red scarf and his cloaked companion. I wish I could say he was the most unusual fellow there, but I would clearly be lying.

Concluding our transaction, the loudly-dressed ninja and his compatriot went off to use the baths first. I decided to break and hide in the brush to get a better grasp of this band here since I could always scrutinize the tapes later. From my leafy haven I saw robotic girls, naked men, mythical creatures, and all manner of difficult fauna that stretched one’s ability to comprehend. I could only wonder at what they could want, thinking that such an improbable collection of individuals could only coalesce if their cause was significant enough to merit it. The thought of that conjured a slight chill.

“Come to think of it, could you tell me a bit more about sex?”

Perhaps my worries were a bit premature…

“When I brought it up with Miriam just like Naruse taught me, she got really angry. I think I must have misunderstood what you said. So I’d like you to explain it again so I can straighten things out.”

Words are funny things. We use them as vessels imbued with meanings we wish to convey. Of myriad words that I’ve been intimated with, I think only pandemonium comes close to describing the shrieks and shrills and verbal brinksmanship coming from those there that I’ve begun to perceive as children. In this accidental slice of bildungsroman I saw that Horizon herself also wished to know more about this mysterious thing known only as sex.

Day, what did you get me into?

The commotion seemed to steep a bit too long once the naked man and the others began pestering the one girl who seemed to know anything about this most fundamental of human interactions.

“It-it’s a proper way to mutually deepen your bonds with another. That’s all it is!”

Quite the diplomatic answer there, almost befitting of someone in elected office. Everyone there seemed quite content with that explanation as well. As the conversation moved on I gleaned from that same girl that the crew was here in order to participate in some kind of festival and engage in dialogue with England. Aha, this must be some kind of diplomatic mission. Suddenly the gravity of the situation was becoming apparent to me. That is, until the naked man made a show and point of asking Horizon on a date to add to the group’s official itinerary.

I wasn’t terribly sure what his aims were, but I did manage to find out that our little Horizon isn’t quite human. Apparently she’s been disassociated from her emotions in some way, and the only one she still has any connection to is sadness. As she tried to parse the naked man’s intentions in asking her on a date, she came to some logically circuitous conclusion that she herself wasn’t wanted or necessary and began crying silently in everyone’s presence. Thinking back to the textbook I left behind before taking on this case, I began wondering about the idea of anhedonia and how one can possibly be incapable of feeling pleasure in one’s life.

While Horizon doesn’t seem to possess all of the trappings and vestiges of humanity, there is life within her. To move forward, to advance like some clockwork thing, unable to partake in the joys that perception and experience bring, seems so very pitiable and pathetic to me. We are not beings of cold logic and indomitable drive and we are not meant to be. Our emotions ebb and flow and break upon the shores of life, cathected with arguments that our lives have meaning beyond the rote and basic. I pitied this girl with all my soul.

She seems to inspire a lot of loyalty from her crew, as they began talking about their ambitions to acquire certain artifacts that may be tied to her missing emotions. The rub being that these objects are in the possession of several discrete nations, and to attempt to collect them would be to instigate nothing short of a world war. A dangerous idea that seemed to curry favor with this ragtag lot.

Day, this is big.

The gathering was winding down, and the alcohol was running low, the rest of the women began to retire to the baths. If you were to ask me years ago if I ever thought I’d find myself peeping in on a group young women in a communal bath as part of a sanctioned case, well, actually the absurdity of the premise of this thought just struck me so I’ll leave it at that. I made my way into one of the hidden compartments I installed into the wall to get a look at what plans the girls would be concocting in the buff, but I’ll admit to mostly entertaining thoughts on just how exactly these ladies aren’t suffering from the worst lower-back pain imaginable. Dear god how do these broads carry those things around all the time?

After enacting a type of summoning ritual, the girls brought forth some kind of familiar for the young politician. They called it a “mouse”, but I’m pretty sure it was an anteater. No matter, since once that was over the rest of the night devolved into gossip and mundanity.

Taking my leave and doubling back to the tapes I’ve recorded of the conspicuous ninja and his partner using the baths earlier, I was surprised to see that his cloaked counterpart was in fact female and disguising the timbre of her voice from the others. I can’t pretend to understand her motives, but it did make for a sexually charged atmosphere as these two adults commented on each others’ bodies in the nude. There was one thing the ninja noted, and that was that while the woman bore dozens of scars on her attractive body, not a single one of them was on her back.

This led to a surprisingly touching commentary on her strength as a fighter, and the masochism of the honor-bound warrior that self inflicts these wounds through never backing away from battle. As they continued to explore each others’ bodies and wounds, I was able to gather that they had met previously through some skirmish. There was a wound on the ninja’s back that the female warrior felt responsible for, and she saw to it that she would heal him personally with a spell that drew from her lips.

The night drew to a close as I pored over this remembrance of two lonely, honorable people at their physical peak. It was a record of a coupling in real-time, as they grew to know each other and mutually deepen their bonds for at least one night. A temporary solace, but solace nonetheless.

Of course the fact that they were the first to use the bathhouse that night didn’t occur to me until the morning after, wherein I bellowed one of the most satisfying laughs I could remember.

The rest of the morning was a flurry of unexciting activity, as the crew set about preparing stalls for festivities. Busy work everywhere, but nothing I was terribly interested in after spending several days building their bathhouse. I made my way through the crowds, taking care not to get stepped on and occasionally swiping at a curious brat trying to pet me. I saw that Lady Horizon was preparing to go on that date with the now-clothed gentleman from last night, and all sundry were performing bizarre little ceremonies and rituals that were completely opaque to me. There was nothing of real interest occurring, so I made my way toward London Tower where the conspicuous ninja and his partner were headed. Once there I saw that they were already in the middle of a conversation.

“Master Tenzo, what do you think of Mary Stuart’s upcoming execution?”

“She will be executed for a failed attempt on Queen Elizabeth’s life. And since she is Catholic, her execution will be what triggers the upcoming Anglo-Spanish Armada Battle. She only has one week left. Her execution will be held when the festival draws to an end.”

My legs began to carry me purely by instinct, as I headed back to town as fast as my body has ever known. I didn’t stay to hear what else was said, and it may have been pointless anyway, since in the distance I saw a flagship from what I presumed to be the Spanish Armada coming to bear on the town.

A diplomatic mission masking an intention to begin a campaign to retrieve missing emotions, the execution of a religious political prisoner, rising tensions between two nations about to spark war…

Day, I think we’re in the middle of something big.

This is an entry in A Day Without Me‘s colorfully titled Horizon on Tits 2 Project, where select bloggers volunteered to watch a single episode of Horizon on the Middle of Nowhere without any prior knowledge of the series whatsoever. I myself have seen the first episode of the first season, but I can assure you that it didn’t help me in any way.

Well, I hope you enjoyed my contribution!

Filed under Episodics, Horizon on the Middle of Nowhere 2

14 responses to “Horizon on the Middle of Something Big”