Paradise Kiss and the Art of Self-Deprecation

Radar: I can’t because I’m ignoring her all the time.

Radar: Because she’s ignoring me.

Hawkeye: Ah! But you ignored her first!

Radar: Yeah, that’s because I’m trying to beat her to the ignore.

At first glance, this exchange is tremendously silly. As it is upon second glance and third glance. Radar, smitten by a woman in his military unit, is too afraid to speak with her. Naturally, his first instinct is to ignore her completely.

Is this counterproductive? Definitely, but it’s also a reaction that all of us can relate to. By ignoring her, Radar puts himself at a very comfortable distance, with which he can admire the lady risk-free. In his mind, it’s far better to ignore her and pine from afar than chance her turning him down if he attempts to become close.

Self-deprecation, which I’m certain many of you are familiar with, works in the same exact vein. I’ll call myself ugly before you do, that way it won’t hurt as much if you think so. I’ll say my voice is horrid, so you don’t say so when I raise it in song. You will never have an opportunity to say I am bad at anything before I’ll have already admitted the same. You will never hate me as much as I already hate myself.

Is this counterproductive? Yes. And it is here that we meet Yukari Hayasaka.

“That sort of modesty is very rude. It’s like you’re saying Mikako just randomly chose ‘someone like you’ and has no professional discernment.”

Previously, Yukari Hayasaka studied incredibly hard to enter a college-prep high school, her mother’s disappointment at her failure to get in to an elite elementary school still fresh in her mind. She took studying seriously; however, it was a series of mechanized movements, all to please her mother. Lacking the natural intelligence of her younger brother, Yukari could only ever hope to pass as an average student, even with an inordinate amount of studying.

It is with this robotic approach to schoolwork and an aimless heart that Yukari is introduced to the world of fashion by the passionate members of the titular Paradise Kiss clothing brand. Slowly, Yukari begins to see a different future, still fumbling with finding her own path and unable to leave the insecurities of her childhood behind. She is far quicker to insult herself than she is to praise her own abilities, the rejection of her mother so deep-seated in her memory.

The lead designer of Paradise Kiss, and Yukari’s love interest, George, swiftly calls this to her attention. By Yukari saying that Mikako – a professional designer with her own popular brand – only chose her as a model because she was simply “there,” she inadvertently insults Mikako as an artist. Yukari naturally reverts to such statements, due both to her upbringing and her innate lack of confidence and direction, without realizing that they indirectly insult people who care about her and believe in her ability.

As the other property I’ve seen to explore the hurtful nature of self-deprecation, xxxHolic brings this to its audience’s attention through the character of Watanuki Kimihiro. Like Yukari, Watanuki has his own reasons for feeling aimless. He chooses to selflessly aid anyone in need without regard to his own personal well-being. This comes to a breaking point when he, through supernatural means, offers up something irreplaceable to save his acquaintance, Doumeki, from a curse. His sacrifice not only angers Doumeki, but inspires a girl who is in love with Watanuki to attempt to get it back. She becomes captured in the process, leading Watanuki to rush to her aid. Like George, the Spider Queen holding the girl hostage has only derision and some choice words for Watanuki’s actions.

“In other words, you consider her an absolute fool who would try to protect worthless trash as yourself. There are others too, right? Others who hold you dear. Yet you never notice and fail to value yourself at all…it’s that particular attitude that I just loathe.”

Following this harsh insight, Watanuki finally allows himself to open up to people.

By the same token, the latter half of the second volume of Paradise Kiss sees Yukari consider her own actions much more carefully, both for her own future and the feelings of those close to her. Deciding to be firm, yet honest, with her mother about her new-found dream of becoming a model allows the two to begin mending their broken relationship. Without feeling as much pressure from her mother, Yukari discovers that studying comes easier than she had previously thought, to the point where she plans her future as a model with college entrance exams as her safety net. Although her romance with George is an obvious catalyst, more important is Yukari’s personal development on her own terms. She naturally begins to accept others the more she begins to do things for herself. 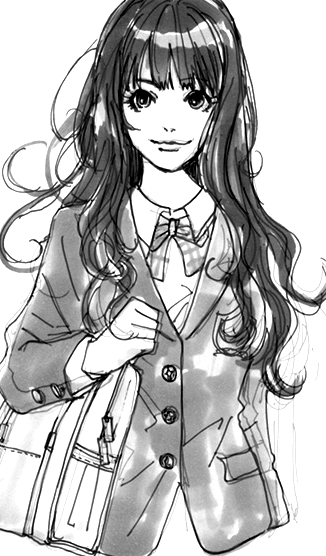 12 responses to “Paradise Kiss and the Art of Self-Deprecation”