The Guilt of Consumption, the Responsibility of Dominion

Grace. いただきます. Bismillah. Cultures across the world have developed means to express gratitude for what they consume. This is possibly borne out of an innate quality, as recent studies suggest, that rituals before a meal may alter our perception of its taste. The idea of gratitude being expressed serves another ancillary function: it staves off the guilt of consumption.

In this season’s The Eccentric Family (Uchōten Kazoku | 有頂天家族), we follow a family of shape-shifting Japanese raccoon dogs. Yasaburō, the narrator and main character who poses as a young human, spends his days avoiding and cavorting and playing with Benten, the powerful and dangerous psychic woman seen in the image above. The dialogue between the two is brisk and spry, with a back and forth that moves at a nice clip. But none of that is remarkable on its face to me, until we understand that she ate the young raccoon dog’s father in a year-end ritual meal and that it is common knowledge in their community.

She is an antagonist of sorts, but she isn’t villainous. From our (and Yasaburō’s) perspective she did something monstrous, but she isn’t hated. No one holds a grudge or any malice toward her, despite the love and esteem everyone at large held for the eaten tanuki. Instead, our protagonist seems to find her dangerous yet alluring, a sentiment that I and the show share. Part of what fascinates me about her is that despite her power and de facto rule over the creatures of Kyoto she seems plagued by doubt, apprehension, guilt, over actions committed and desires unacted. In a memorable scene in episode five, she laments the fact that she will at some point eat Yasaburō. Proclaiming that both despite and because of her affection for him, she wishes to eat him, but that once that happens, he’ll be gone.

It’s a moment of capricious whimsy from a fickle deity that seems inherently contradictory, but not entirely.

Hachiken Yugo is an aimless, urban student who transfers to an agricultural high school in this season’s Silver Spoon (Gin no Saji | 銀の匙).  There he has to acclimate to a workload and culture that is completely foreign to him, and during one of his practicums, he tends to a nursing sow and her farrow of piglets. He picks up the eighth piglet, the runt, and becomes attached to it. There we’re treated to a scene where he begins to internalize the consequences of enjoying pork, and the guilt and conflict of having to consume it one day.

One of the subtexts of Silver Spoon is the responsibility we bear to the animals in our care and domain. Whether deserved or not, humanity has dominion over the animals on this planet and our actions have wide ranging consequences to bear. Hachiken cares for the piglet deeply (eventually naming it “pork bowl”) and takes it upon himself to see to its development. It’s the same story for the equestrian club he joins, as he learns that mucking stalls is equivalent to showing love and respect for the horses. A corollary lesson Hachiken learns at a racetrack is that caring for animals also means possibly having to euthanize them. As a human, he depends on the animals; but he is still above them, thus responsible for their care and protection. We are their guardian deities, even if we will consume or destroy them one day.

In The Eccentric Family, there’s an added layer of guilt and angst to Benten’s musings on consumption. For her it’s a metaphor for the position and dominion she holds above the other creatures of Kyoto, including the young Yasaburō and his father whom she has eaten already. She is among the more powerful entities of the city, regularly meeting with a secret society of influential people known as the Friday Fellows, and enjoys the power and privilege thereupon. But this doesn’t bring her happiness, and the whole show drips with a melancholy, regret, and nostalgia that culminates within her.

We use ritual and tradition to help us express gratitude for that which we consume, helping us to cope with the guilt of consumption and the responsibility of dominion. In The Eccentric Family, ritual and tradition coerce Benten into consumption and perhaps other seemingly monstrous acts, possibly as a price for her status, influence, and power. Given how this show venerates tradition, while also having no qualms about criticizing it, it’ll be interesting to see how this conflict will play out.

Benten’s status and position above Yasaburō, and thus the responsibilities and roles inherent, are what prevent her affections for the young raccoon dog from developing any further. Lamenting the fact that one day she will eat him, she simultaneously laments the fact that she can’t just be with him. Whether this has a romantic implication I cannot say. It could just as much be a longing for the more carefree days of her youth when an old tengu was teaching her to fly among the cherry blossoms, and a young raccoon dog watched her in awe. 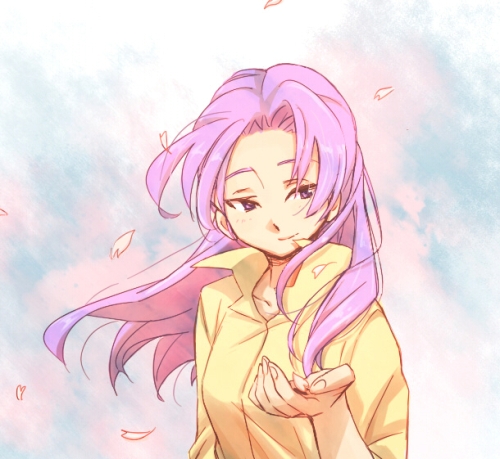 5 responses to “The Guilt of Consumption, the Responsibility of Dominion”