The Ani(ca)me(ra) and Lensing a Critical Lens 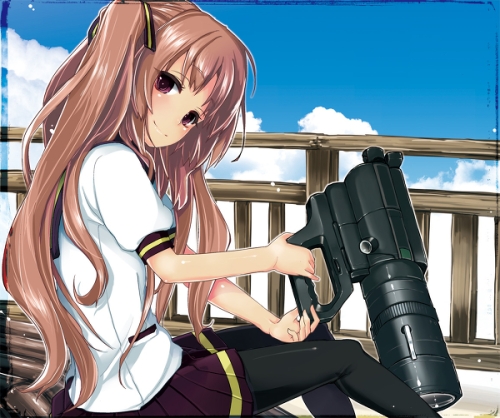 It’s more than likely that, in the recent past, you’ve seen a film. It’s equally likely that you’ve watched an episode of anime. It likely wouldn’t surprise you if I were to state that both have much in common. This, we assume, is a given; both are distinctly visual media. After all, in spite of their numerous differences (voice-acting, acting, audience), what strikes us first and foremost is that the objects of fascination in both are images. We don’t read, we don’t listen, and we don’t even partake in; we saw, we’ve seen, we’ll see[1].

END_OF_DOCUMENT_TOKEN_TO_BE_REPLACED

Formula and Function: A Critical Lens for Formula in Serial Works

It is often observed that works of an episodic nature tend to fall into predictable patterns over time. Plot structures, character personalities and so forth tend to develop comfortable, consistent shapes, often called “formulas”. Many works, of course, use formula and repetition to a specific end—e.g. in service of a specific thematic goal. Yuasa leverages formula in The Tatami Galaxy to viscerally drive home the work’s thesis; untold volumes have been filled dissecting its use in Revolutionary Girl Utena. But what I mean to discuss here is the function that repetition serves more generally as a narrative, not thematic, device—we arrive at formulas because if something worked once, it’s likely to work again. Repetition, used carefully, can enhance a work as much as effective photography or musical score.

END_OF_DOCUMENT_TOKEN_TO_BE_REPLACED

A Betrayal of (Our) Words; or, Our Monstrous Penguinlike Love Child: A Real Colloquium by Bitmap and 2DT, on the Subject of Otaku Terminology, Part Two

Continued from Part One.

I can’t imagine how, but it’s working again! After a bit of messing around, that is. Hopefully I’m not discovered this time. That being said, it looks like this conversation ends with this, so enjoy the conclusion! 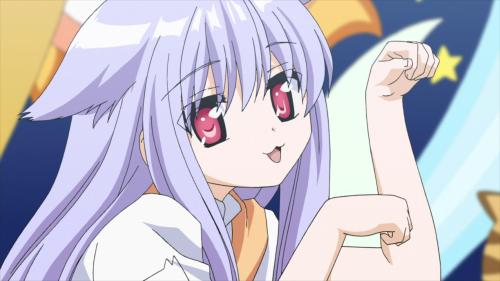 END_OF_DOCUMENT_TOKEN_TO_BE_REPLACED

A Betrayal of (Our) Words; or, Our Monstrous Penguinlike Love Child: A Real Colloquium by Bitmap and 2DT, on the Subject of Otaku Terminology, Part One

I intercepted their mail and got this.
It wasn’t easy, but it may prove enlightening.
Enjoy. 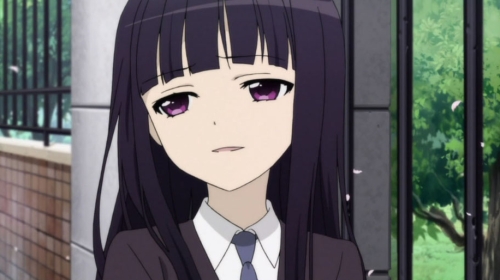 <From: 2DT>
<To: Bitmap>
<Subject: Real-juu should just explode>

END_OF_DOCUMENT_TOKEN_TO_BE_REPLACED

The Curious Case of Schrödinger’s “IMOUTO”: Quantum Interpretations of Nakaimo and the Modern Otaku Narrative

It’s a poorly-kept secret amongst those who follow me on Twitter that my taste in anime is often questionable. That being said, it’s probably not too much of a surprise that one of my favorite shows this season turned out to be Kono nakani hitori, imōtoga iru!, also known by its four-moraic abbreviation, Nakaimo.

More shocking, however, is the personal observation that the series seems to have a real appeal in its central mystery; love it or hate it, people keep watching, waiting to see if we are led closer to an answer. What Hiroki Azuma wrote in 2001 in Database Animals seems to hold true in 2012: anime fans are suckers for a good mystery.

So let’s dive into the question on everybody’s lips: just who is “imouto”? 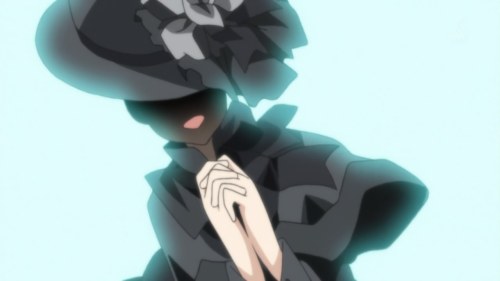 END_OF_DOCUMENT_TOKEN_TO_BE_REPLACED

The Religion of Love in 2D: Roots of Modern Otaku Courtship

Note: The following post was originally published on 7 December, 2011 on the now-defunct Remember XVI. It is presented here edited to fit the visual formatting of Altair & Vega, but otherwise unaltered in content. Yumeka and ghostlightning have written responses to the original post as well.

“Humanity does not pass through phases
as a train passes through stations:
being alive, it has the privilege of always moving
yet never leaving anything behind.”

– C.S. Lewis, The Allegory of Love: A Study in Medieval Tradition

What is 2D love? If you’re an anime fan, chances are that you’ve encountered it in some form. Maybe you were linked to an article about a man getting married to a fictional character. Perhaps you’ve read through (or participated!) in online discussions about people’s “waifus.” Or maybe you’ve seen a parody of it in anime, in the form of a character who can’t be separated from his hug pillow. One way or another, the idea of loving fictional characters is one that comes up often in modern anime-centric subculture. END_OF_DOCUMENT_TOKEN_TO_BE_REPLACED

When in Rome: The Anglo-anisphere vs. “Haganai” 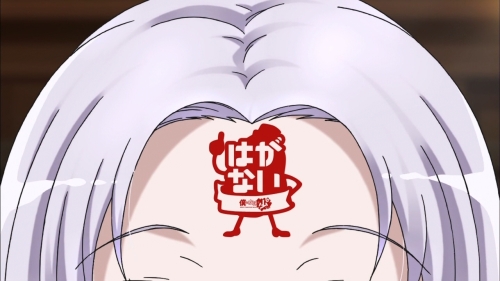 Note: The following post was originally published on 17 November, 2011 on the now-defunct Remember XVI. It is presented here edited to fit the visual formatting of Altair & Vega, but otherwise unaltered in content. As such, the statistics and such in this post are a bit outdated by this point. It’s probably worth reading omo’s response as well.

Boku wa Tomodachi ga Sukunai is quite the contentious show among fans this season. I’m not talking about the show itself; no, it’s something at a much simpler level than that: it’s about just what to call it.

END_OF_DOCUMENT_TOKEN_TO_BE_REPLACED

Hanko-e Philosophy in Animation: Shining Hearts and the Uncanny Valley 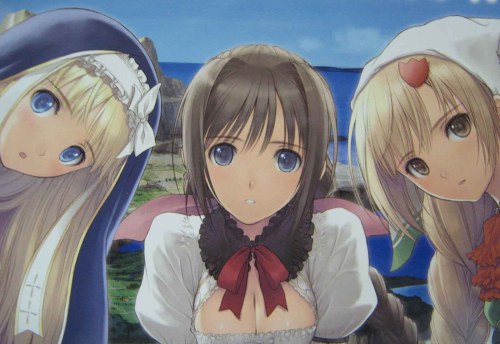 “My eyes have been trained to examine faces and not their trimmings.”
– Sherlock Holmes, The Hound of the Baskervilles

I’ve discussed it before, but let us once again touch upon the topic of hanko-e. Literally meaning “stamp picture,” hanko-e is a style of character design in which all of the (usually female) faces have the same design, often to the point where characters remain distinguishable only by their hairstyles and other peripheral features. This is such a common practice for visual novels (especially eroge) that fans have even wryly designated a “Big Four” of hanko-e designers: Naru Nanao, Aoi Nishimata, Bekkankou, and Kazue Yamamoto. And of course, there are many more such artists, including Tony Taka, a prolific eroge character designer who has also worked on more mainstream works, such as Shining Hearts, as seen above.

So what happens when you apply this hanko-e philosophy to animation?

END_OF_DOCUMENT_TOKEN_TO_BE_REPLACED

Denpa bigaku riron: the Rise of the “Radio” Aesthetic in Japanese Subculture in the 21st Century 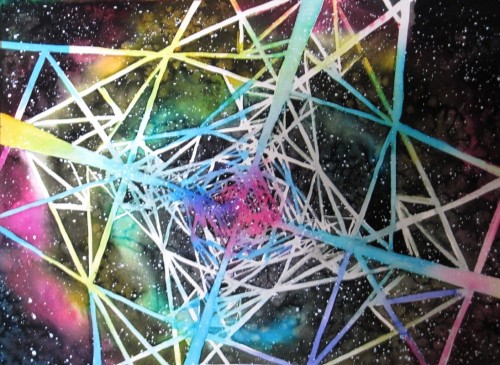 A self-proclaimed sociologist with no academic background in the field of sociology, bitmap has nonetheless published dozens of posts on modern Japanese pop culture over the Internet, and has been described as “an unconquered genius” by his peers. His works focus on the realities and fantasies of modern otaku culture, often centered around what he deems the “Anglo-anisphere,” and the resultant, delicate interculture.

What follows is a cursory introduction to the Japanese concept of denpa, in which a theoretical historical framework under which the “denpa aesthetic” developed over time is established and explored briefly.