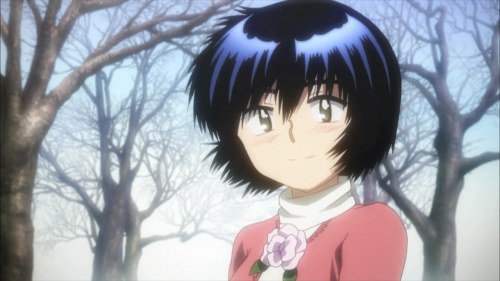 And in the end, the love you take…

So, post’s a bit early this week…

Self-deprecating jokes aside, I’m finishing up Mysterious Girlfriend X with this final post. I imagine that there’s still plenty of topics to be covered from the series, even in my own little corner of esoteric minutiae; however, for the sake of brevity, this post will be about as long as the other ones, instead of five times as long. For other aspects of the show, as always, I suggest Kritik der Animationskraft and We Remember Love‘s series of posts. With that, let’s get started!

END_OF_DOCUMENT_TOKEN_TO_BE_REPLACED

Hey all, it’s me, the mysteriously-absent Mysterious Girlfriend X episodic blogger! But no, I do apologize: I’ve been busy with real-life things and am recovering from a slight case of writer’s block! Anyway, I’ll keep this part short; this week’s (these weeks’?) post is on pigs in all shapes and forms! Yeah, really! Check it out after the break:

END_OF_DOCUMENT_TOKEN_TO_BE_REPLACED

Come on, pretty baby, won’t you talk with me?

bitmap: Hey all, it’s time for this week’s Mysterious Girlfriend X post! As for why my name’s in bold like that, well, this is a special post. As you can tell from the title, this week’s post is actually a colloquium, and thus, the amiable pair of ajthefourth and vucubcaquix will be joining me this week with a conversation on Mikoto and Akira’s relationship!

END_OF_DOCUMENT_TOKEN_TO_BE_REPLACED

Sorry for the late post this week! Overall, a nice episode this week; I just want to point out that this episode is the first one that plays out quite differently from the manga. (For the curious, chapter 6 is the one you’re looking for.) Well, it gave them a reason to have lots of girls in swimsuits. Just another part of understanding the differences between media! After the break, more on bikinis:

END_OF_DOCUMENT_TOKEN_TO_BE_REPLACED

A taste of honey... tasting much sweeter than wine.

This week, we finally get to see Ayuko Oka in action! (And perhaps more importantly, hear Ryō Hirohashi play her!)

On a side note, I have rough translations of the short essays written by Riichi Ueshiba for the first four volumes of Mysterious Girlfriend X up on my personal site. They’re spoiler-free (by my definition, at least, which admittedly may differ from yours) and cover a broad range of topics, so if you’re interested in the series, do take a look!

END_OF_DOCUMENT_TOKEN_TO_BE_REPLACED

The magical mystery tour is waiting to take you away.

Another week, another episode of Mysterious Girlfriend X! I’ve been voicing my thoughts on the pacing of the adaptation, and this week, we finally got to see how they would fit multiple chapters into one episode. (The contents of episode 3 are taken from chapters 3 and 4 of the original.) I thought it was handled pretty well; the two halves felt distinct, and yet were tied together nicely by the idea of what really “connects” Akira to Mikoto.

END_OF_DOCUMENT_TOKEN_TO_BE_REPLACED

Listen, do you want to know a secret? Do you promise not to tell?

It’s the weekend, and you know what that means: more mysterious goodness! This week, we finally learn the significance of those scissors tucked under Mikoto’s skirt, and get an eyeful of fanservice along with it. All in all, episode 2 does a great job of establishing what I think will be important themes as the show progresses.

If anything, though, I’m a bit concerned about the pacing of the series. How much will they be able to cover in a single 13-episode cours? Episode 1 covered the double-length one-shot (chapter 0), and so I was expecting episode 2 to cover roughly two episodes’ worth of material. However, the anime has been top-notch so far, so I’m not too worried.

That aside, let’s move on to this week’s topics:

END_OF_DOCUMENT_TOKEN_TO_BE_REPLACED

In this world there's nothing I would rather do, 'cause I'm happy just to dance with you.

I quite honestly wasn’t sure what to expect from the anime adaptation of Mysterious Girlfriend X (Nazo no Kanojo X), even though I had read the original manga. Just what do you get when you combine a studio that’s only produced shows about breasts, a director that’s only worked on kids’ shows (this season, he’s also helming Space Brothers), and a lead actress who’s only acted in live-action works, all working on a show about, of all things, tasting drool?

Fortunately, the answer is a show that surprisingly has a lot to say! So strap in, boys and girls, it’s time to get mysterious! (Episode spoilers after the break.)